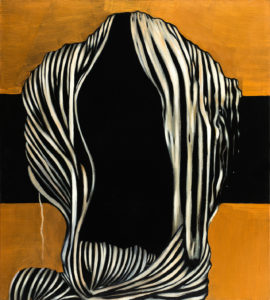 nvited by the art critic Achille Bonito Oliva at the international exhibitions of contemporary art – Le Opere e i giorni (2003) and Fresco Bosco (2006) – he has realized two theatre works: Ecstasy,  mono-manias about Diana and Atteone – images by Pierre Klossowski, and Longing for the pillory. This latter show is drawn from his original, published text, from which he also drew his first experimental movie, nominee in 2008 at Riccione TTV Prize – Performing Arts on screen

With Libercolo dell’onta (Little book of shame), his first work in prose, he’s been nominated at the Viareggio Prize in 2006. Meanwhile, he has been performing Sempre perdendosi (Always losing oneself), tragic poem the poet Silvia Bre has written and dedicated to his theatre.

In 2010, three of his works – Agogno la gogna, Bando al bando, Muoio se non muoio – has been collected under the title
I prigioni.

Dark Passage, on the tune of the Ninth Symphony of Anton Bruckner, is his most recent theatre performance presented at Art Seoul (2015) and recently at Teatro Mercadante, Napoli (2019).